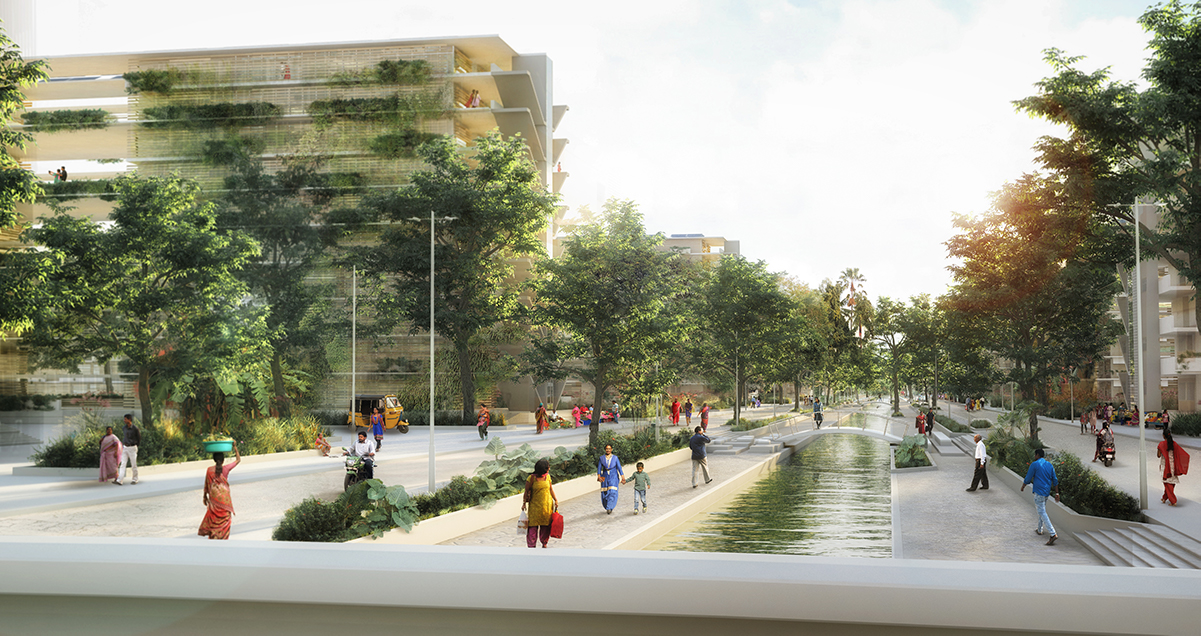 As part of a Dutch global initiative with the Asian Development Bank, RISE Chennai proposes new ways of integrating water within a complex, fast-developing region.

Chennai, one of India’s earliest centres of global
commerce and urbanisation, faces enormous new
challenges. Chennai’s water flows and water bodies –
both natural and hydraulic – have become subsumed
by its expanding urban fabric, resulting in a range of
environmental and social problems. Today the city
experiences continuous stresses caused by water
scarcity, with limited distribution of potable water and
a damaging dependency on lorries and tankers for the
provision of necessary drinking water. Flood disasters
cause a tremendous disruption and will be more frequent under future climatic conditions. The limited capacity and distribution of waste water treatment leads to serious issues in water quality, environment and health within large parts of the city.

RISE CHENNAI, prototyped on two locations, seeks to
address the city’s challenges in dealing with water, and use improvements to the water system as a vehicle to improve social welfare, safeguard the environment – and most of all – reclaim the city’s future as part of a more resilient and self-reliant urban landscape.

The first phase of the project resulted in a comprehensive vision of urban resilience for Chennai
with concept designs for two replicable projects. The
first, Mambalam Canal, is the last physical remnant of
a former reservoir tank, and one of the few remaining
urban traces of the city’s original waterscape. 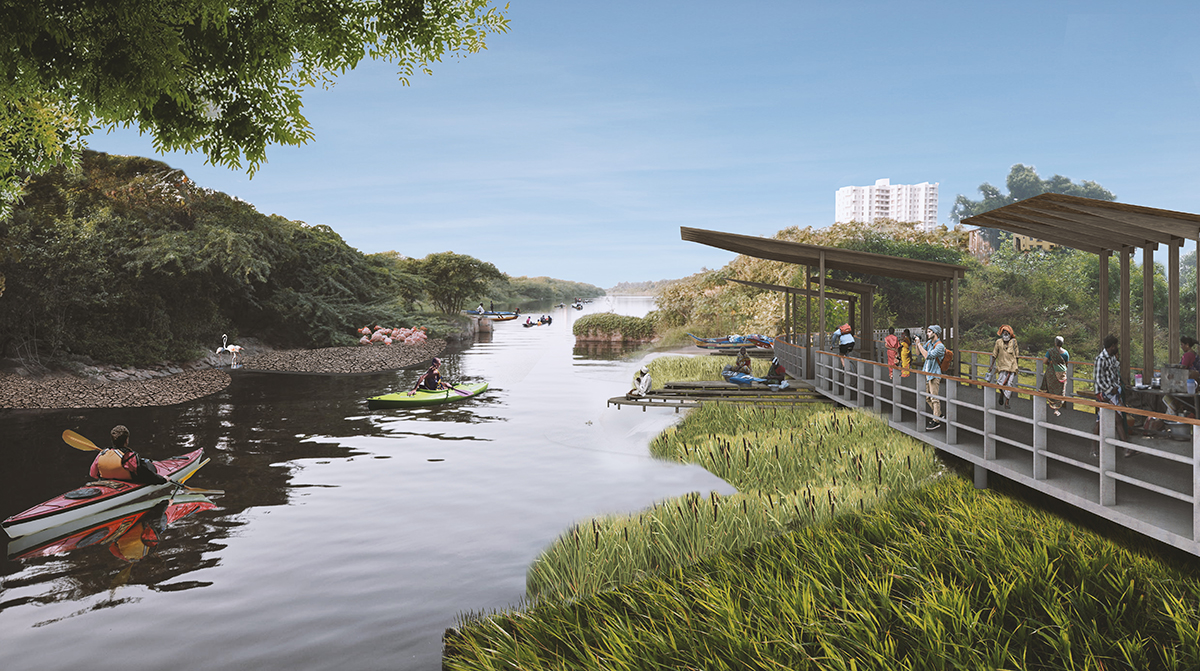 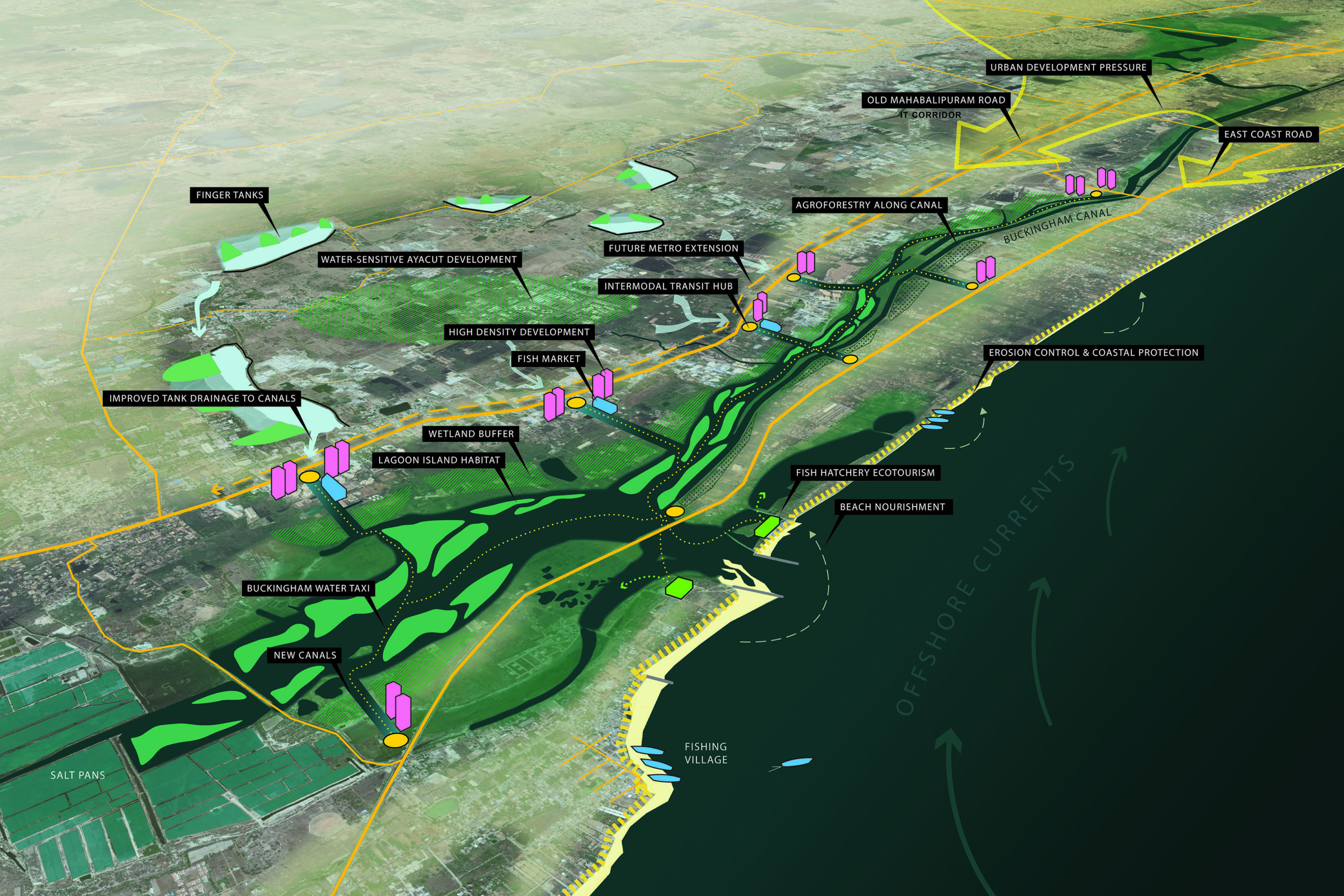 The project aims to reconnect fishery based livelihoods with blue-green infrastructure in a high tech corridor, ultimately create a new vital ecology based on ecotourism that links the basin’s mouth back to the forest lands on higher ground. By turning it from a stagnant, seasonal, drain into a flowing, perennial, canal, it carries the potential to become a thriving and central part of the city. The second, Muttukadu Basin, is a fast-developing area on Chennai’s southern edge.

Click here for more about how Living With Water guides our resilience projects.