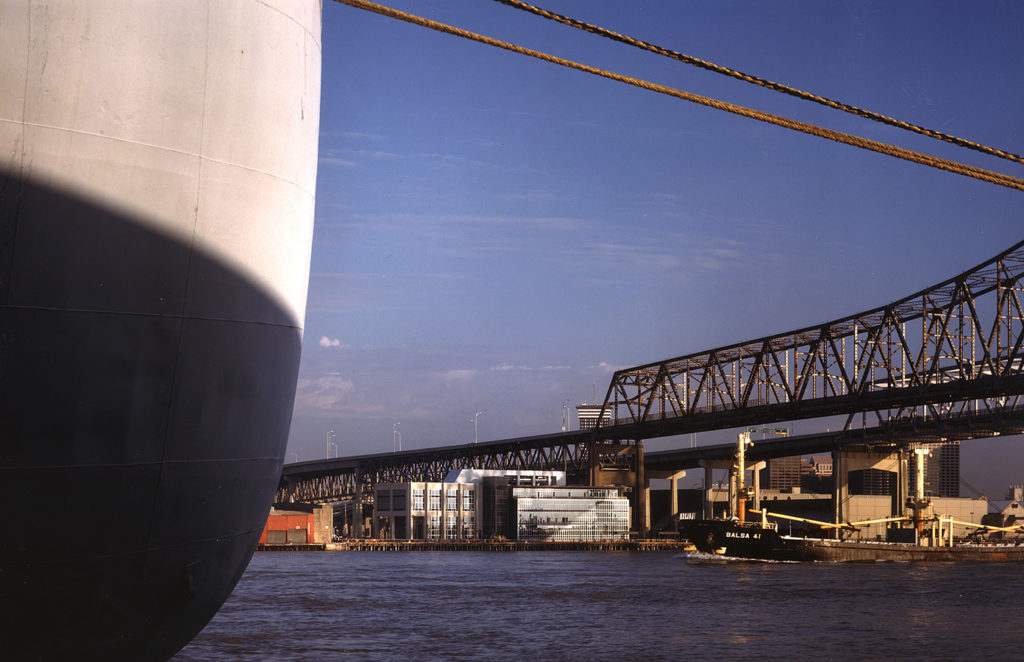 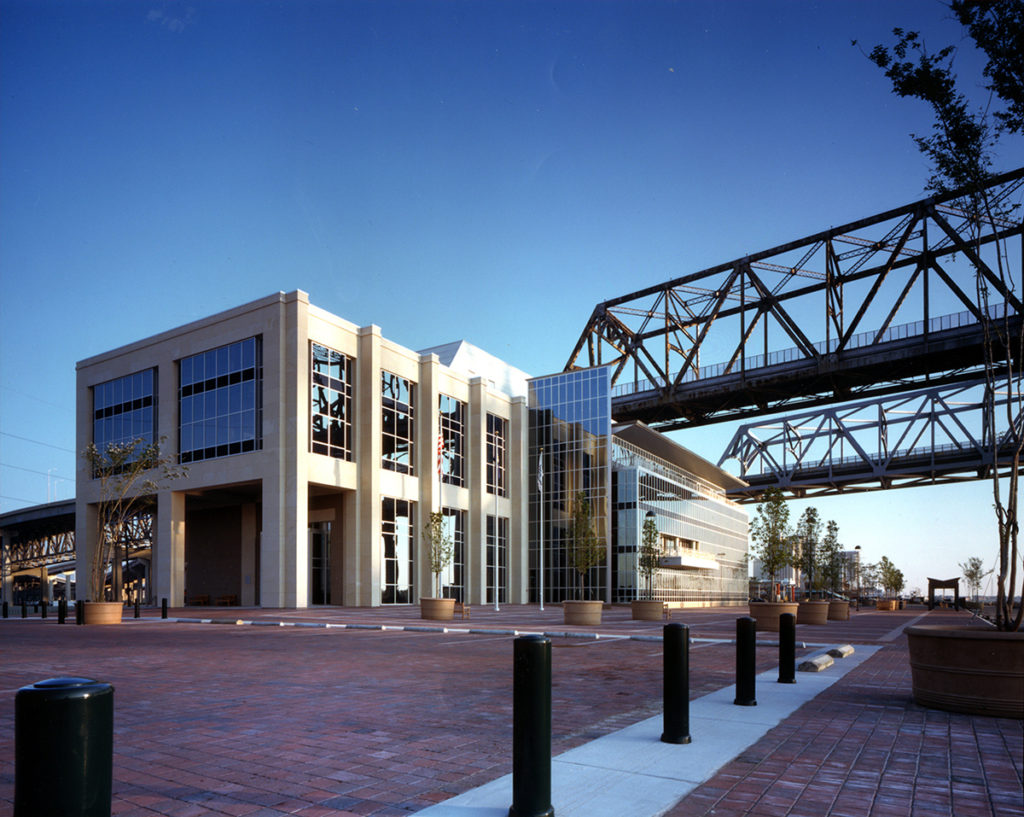 Headquarters facility on the Mississippi riverfront for the Port of New Orleans.

This 75,000 square foot headquarters project incorporates a 200 seat auditorium and office space for the Port’s 180 person staff.  Clad in brick on the west side facing the city, the building emulates the masonry detailing and composition of New Orleans 19th century warehouse district. On the Mississippi River side the building transforms into larger masses clad in stone and glass, more the scale of the ships and barges constantly moving up and down the river.

A striking triptych by local artist John Scott depicting the history of the Mississippi River enlivens the public lobby. Given its siting on the river’s edge straddling the box levee and a concrete wharf constructed in the 1950’s, the building required an innovative foundation system comprised of concrete piles and precast post-tensioned floor planks in order to minimize loads on the levee bank. 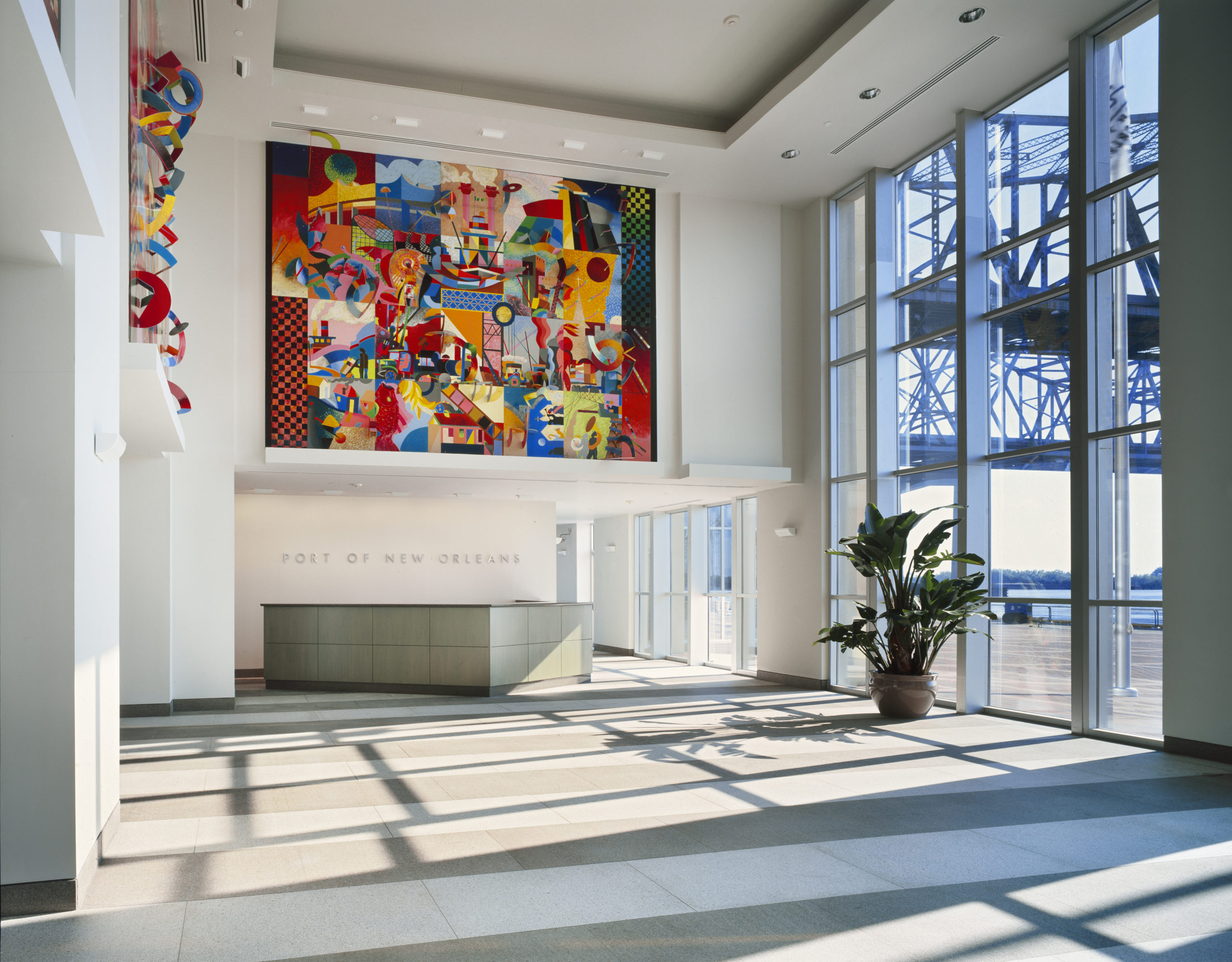 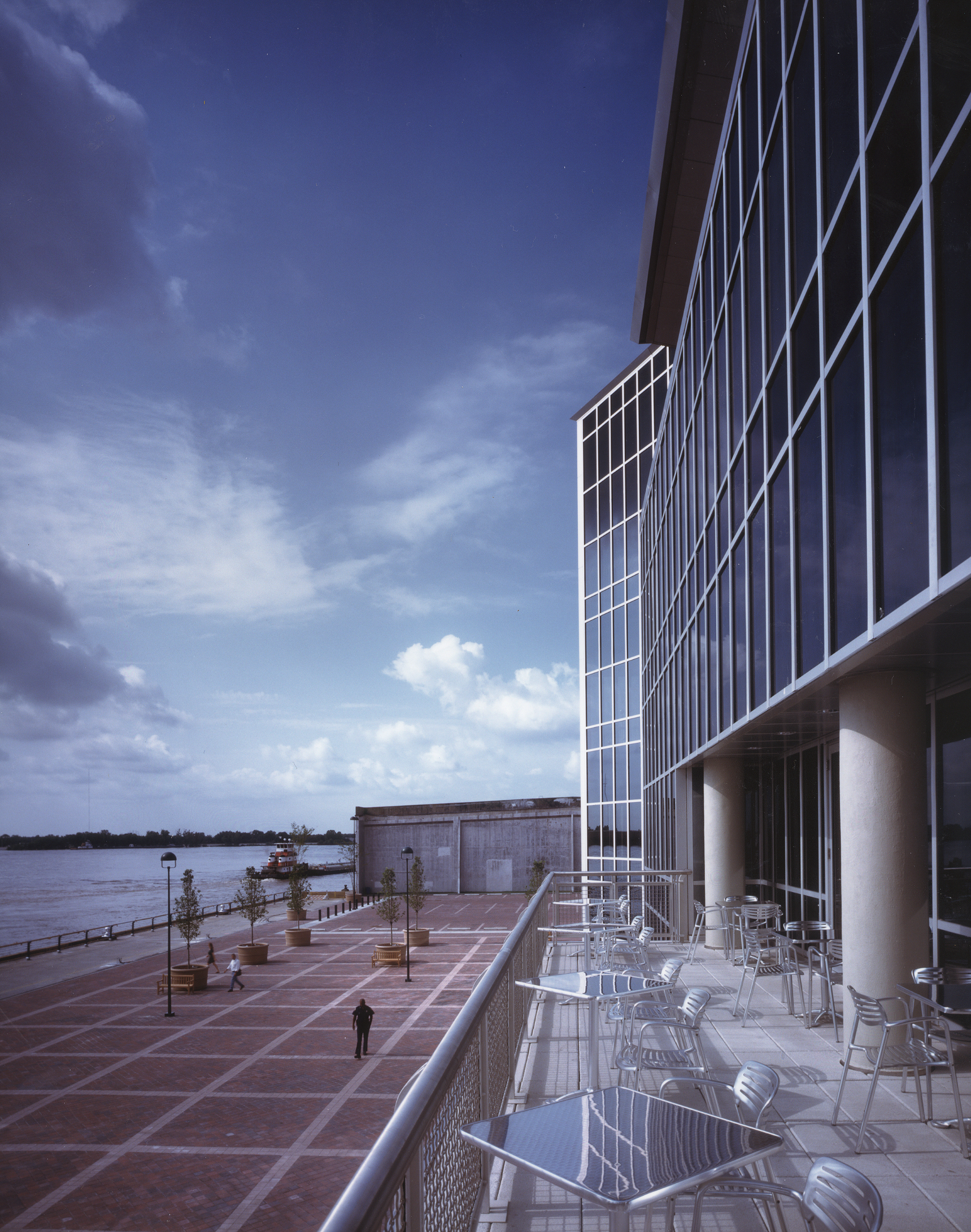