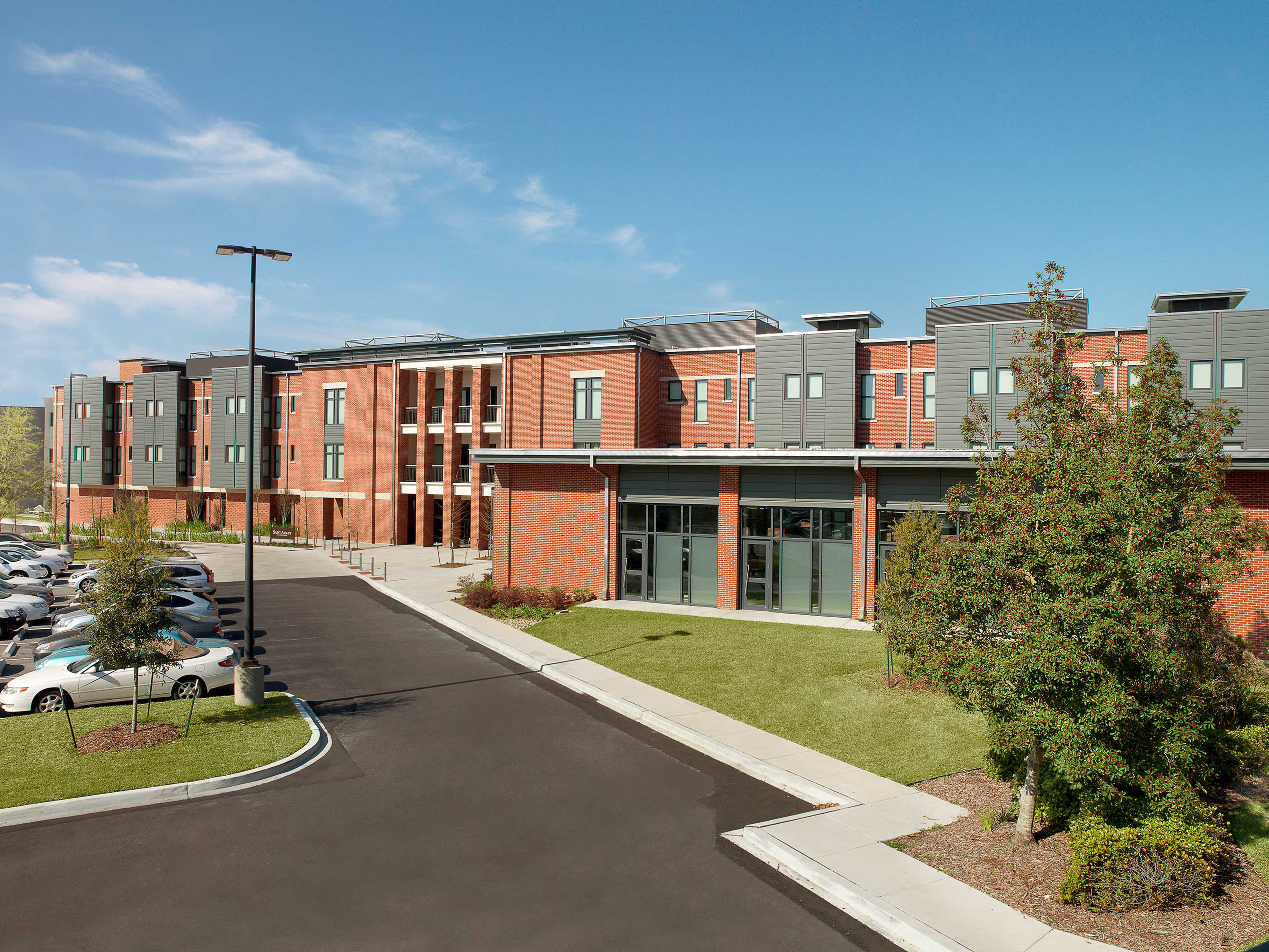 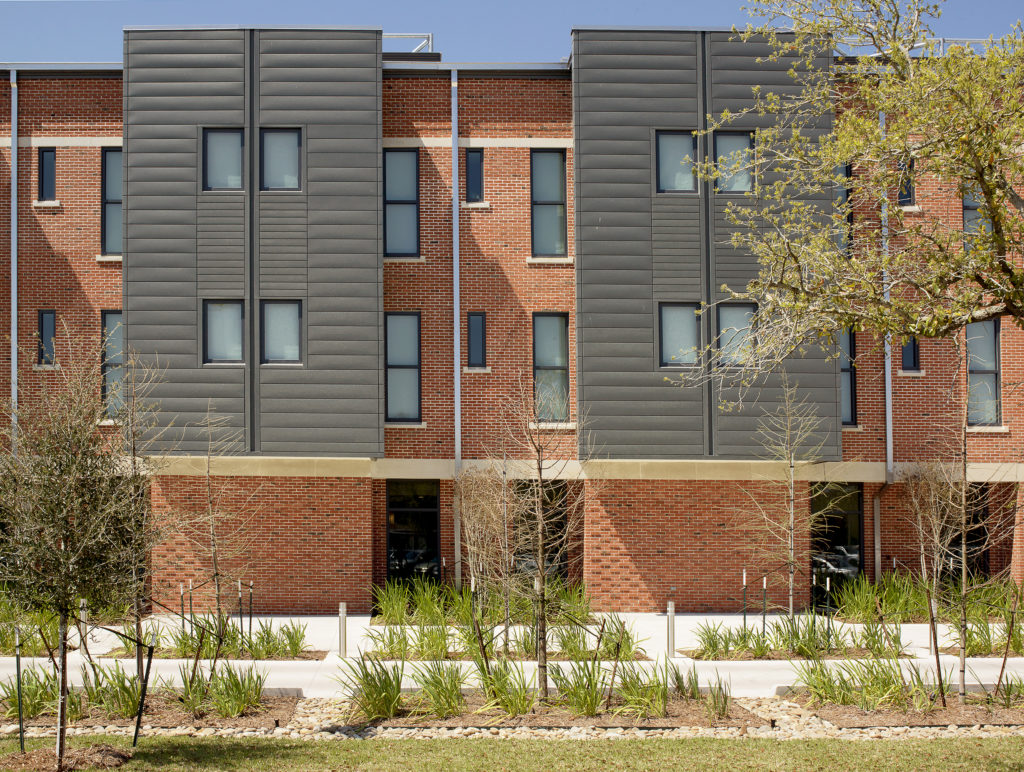 A residential model situated above needed amenities provides a serene retirement community with courtyards, bays, and views of the Mississippi River.

This new 3-level wellness and nursing center for
Lambeth House, a retirement community in New Orleans’
University neighborhood, adjoins an existing 12 story
residential tower and features 56 private, skilled nursing
rooms, each with its own bath. Two 14-bed wings are
joined on each of the upper two floors to a shared
community center that houses living, dining and activity
rooms with a nurse’s station and offices at its core.

The ground level, which supports the active members of
the community, contains a spa, a non-denominational
chapel, an art room, a café, fitness and exercise
facilities, and locker rooms. A 75 ft long, three lane salt
water pool is housed in a separate one story structure
that is connected to the Center by a meditation garden.
The challenge here was designing a long narrow
building mandated by the site, with good daylighting
and views for the residents, on a north-south axis in
New Orleans’ punishingly hot climate. The building’s
principal facades had to face due east and west which
are difficult exposures for living spaces.

Picking up on the proportions of nineteenth century double-galleried New Orleans houses, a series of zinc-clad bays or “shields” were cantilevered off the upper two resident floors allowing for small picture windows facing the hot east and west exposures while opening up the resident rooms to larger expanses of glass to the north and south. These elements form important “in between” spaces and function as a bay window for the residents, providing diagonal views that borrow space for each resident room. This device also allows for an activity nook while imparting the sense of being outside the building and part of the larger community. 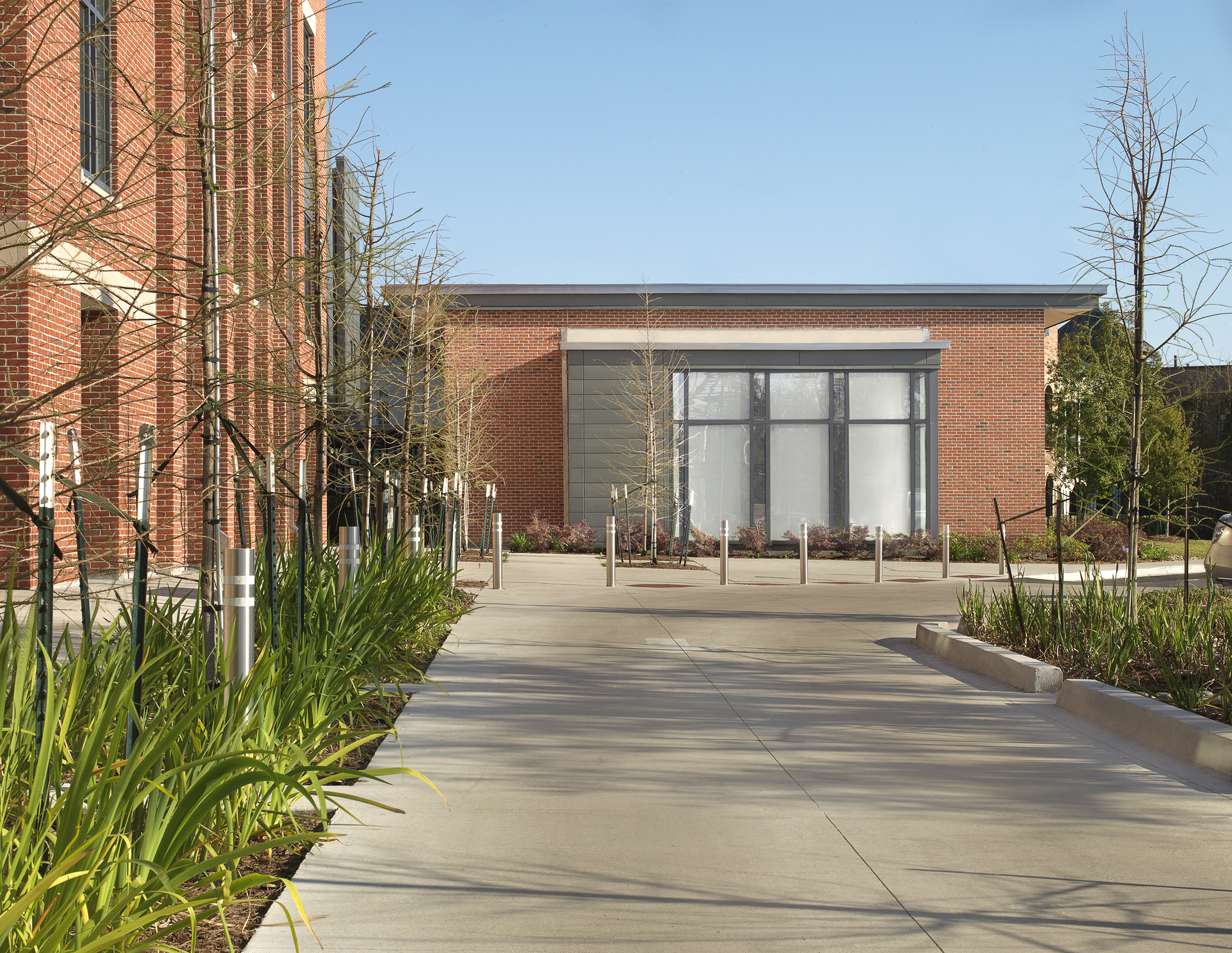 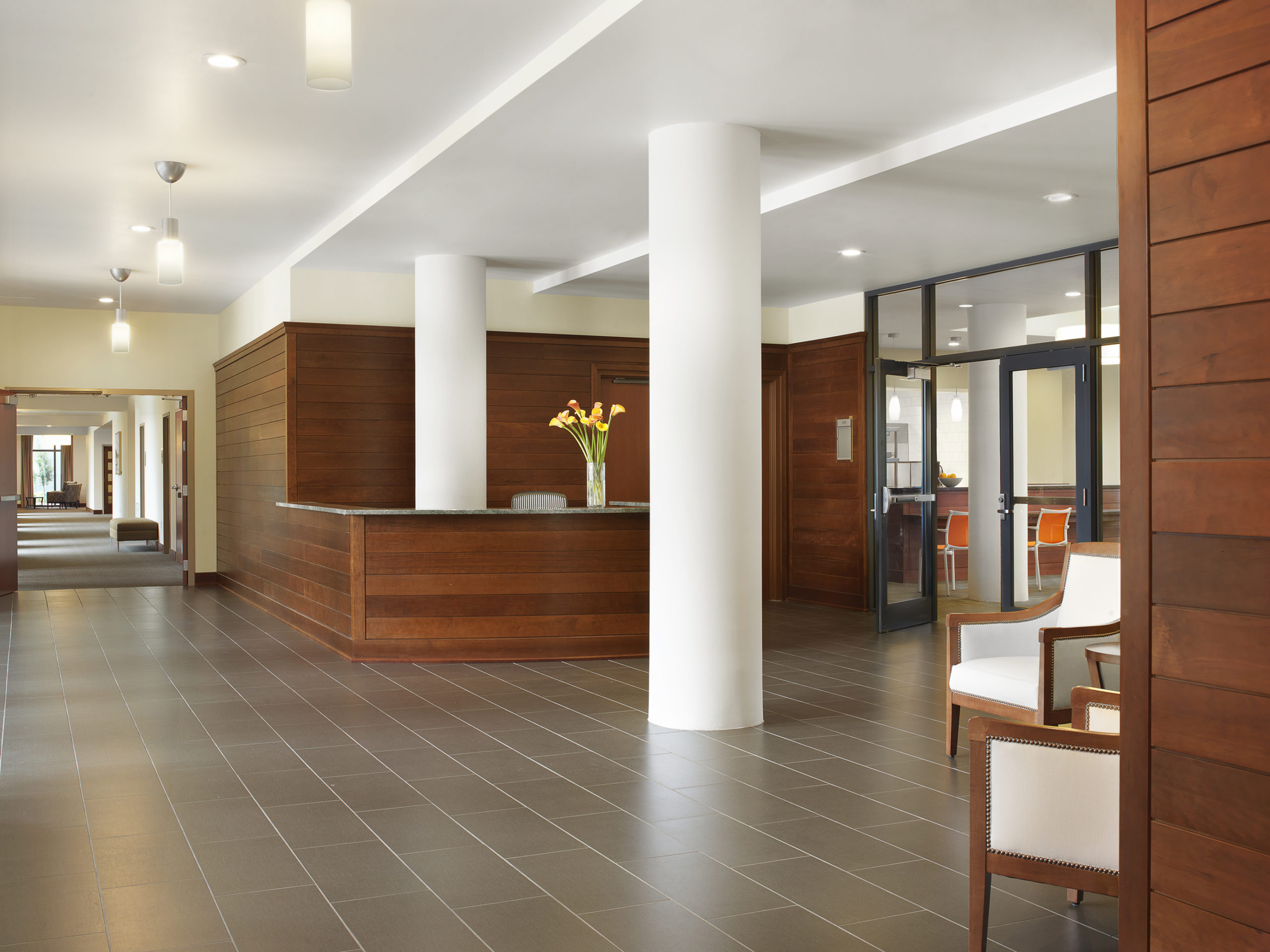 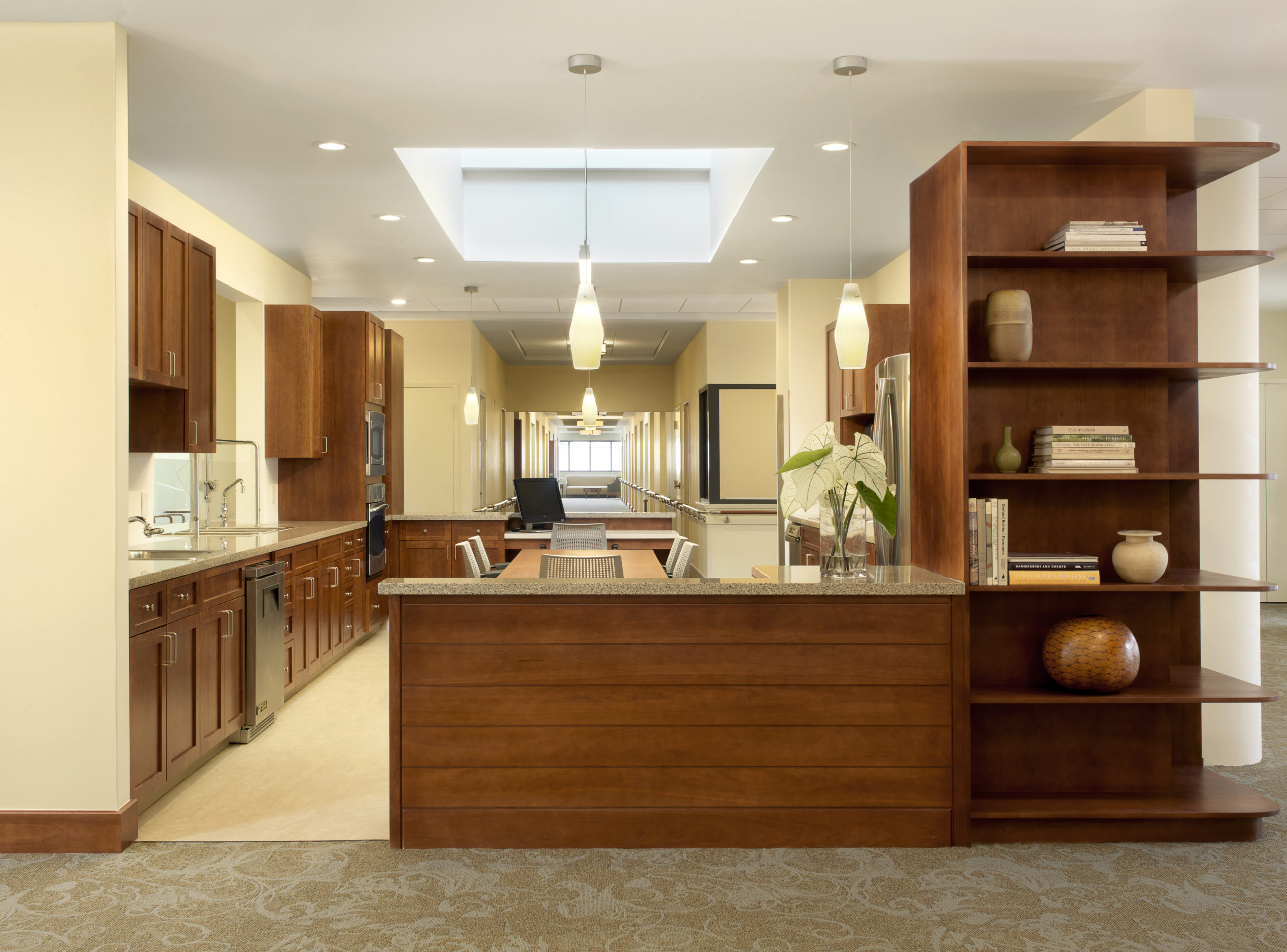